The Royal Wedding Procession Route in 3D By Google Earth 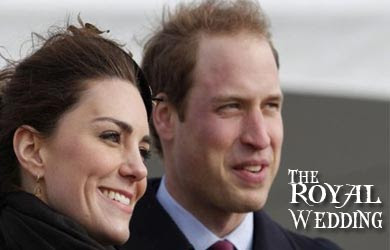 Collegial church of Saint Peter, Westminster Abbey today will become the focus of 2.4 billion pairs of eyes of the world's inhabitants. 1000-year old sacred place that's great marriage between the heir to the century's biggest UK Prince William and Kate Middleton take place. Relatives of the kingdom, the kingdom's foreign guests, heads of state and celebrities world certainly come to the event a grand total of 500 million pounds worth of it.
Since yesterday evening, along the wedding procession location-Kate Williams held a variety of preparations. Starting from the gardener to clean up police forces and prepared themselves busy. Similarly, the soldiers of the Army, Navy, Air Force and the United Kingdom. They practiced marching in order to escort the wedding procession.

Safety factor is also the center of attention in itself. London police and Scotland Yard's special secret service will deploy more than 5,000 heavily armed police plus 350 police volunteers. This does not include the Security Forces of the Kingdom, the UK Office of Counter Intelligence (MI5) and the military.